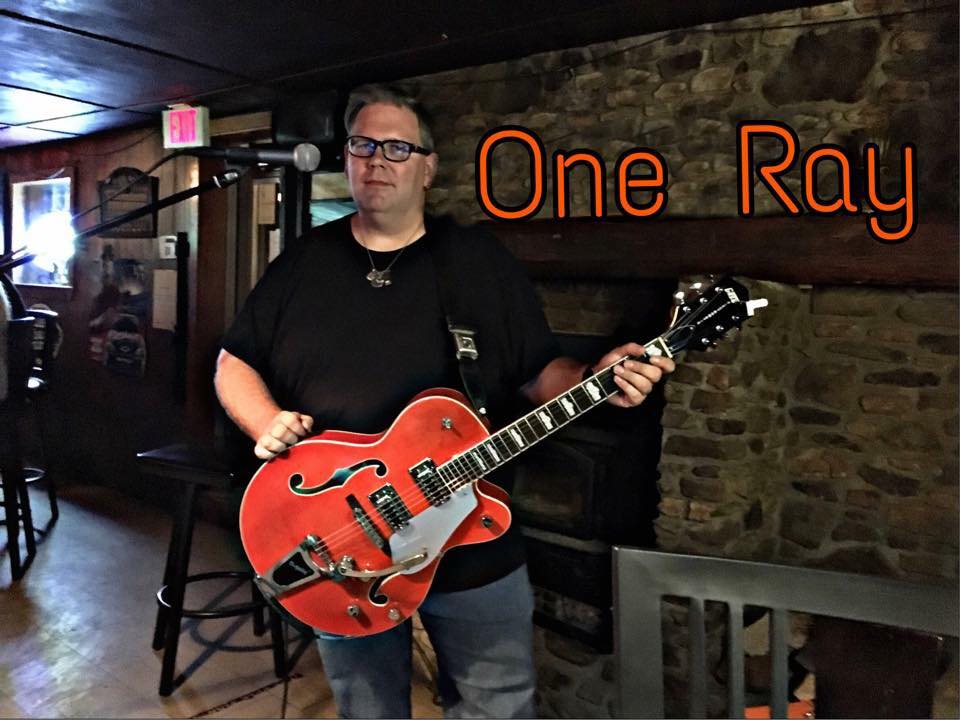 One Ray is a Pittsburgh based performer and songwriter. During live shows, Ray alone, creates the sound of an entire band through the use of effects pedals, loopers, and drum machines. He does all of this without the use of pre-recorded backing tracks. Ray’s music is heavily influenced by the alternative rock of the 1990’s with some guitar-laced classic rock thrown into the mix. Ray captured his singing and playing talents and energy of his concerts with his debut album, “One Ray Street” released on March 9, 2019. This self-produced record boasts ten hook-heavy tunes that people won’t mind having stuck in their heads all day. It was Ray’s father-in-law who suggested the title for the album and made the One Ray street sign pictured on the cover. “One Ray Street,” Ray explains, “means I have only ‘one way’ I can afford to go – up!”

On January 22, 2021, Ray released his second album entitled “Orange & Black” featuring ten more rocking tracks that are perfect to jam to with the windows down on a spring drive. Ray plans to release even more music in 2021. “I’m making up for lost time,” he says. “I’ve been sitting on all of these songs for so long, and it’s time I finally put them out into the world!”

Ray was born in Erie, Pennsylvania and has since relocated to the Pittsburgh area with his wife, Jenny, who has always been his biggest supporter.